Monster Girl: Birth of an Author 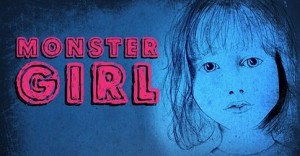 How “Monster Girl” Came To Be

Writing has always been a part of my life. As a kid, when I wasn’t playing softball or riding bikes, I kept myself entertained with movies, TV, and writing. When a poem I wrote in fifth grade won first place in a school contest, I was officially bitten by the writing bug. Later, when the teacher would assign writing projects, I was one of the few who didn’t moan and complain about it. I enjoyed it. I especially loved creative writing, because that meant I got to invent my own ideas.

When I was young, I wasn’t an avid book reader, although I did enjoy reading horror magazines and horror short stories, and still do today. However, I began reading much more fiction in early adulthood. A friend of mine gave me a trilogy of vampire novels called “The Family Dracul”, which were fantastic. After that, I devoured the “Harry Potter” series. Two recent books that I really enjoyed are “Killer Pizza” and “The Drive-In”.

Reading inspires me to write my own stories, just like watching movies inspires my filmmaking.

In 2007, my husband and I formed Cinegore Pictures, a filmmaking production company. To date, we have made nine short films and a handful of commercials. Seeing our work aired on local TV and shown in film festivals have been the highlights. Along with producing and directing, filmmaking allowed me the outlet for storytelling.

Filmmaking is an extraordinary rewarding endeavor, with its biggest adversary being time. As a writer, I have more scripts and short stories written than we could ever produce. At the same time we began work on our first short film, I also started writing poetry about dogs. I was inspired by my then-four month old chocolate Labrador Retriever. Only, I never completed it.

Fortunately, 2014 marked a year of change. For my birthday, my sister-in-law gave me a book of dog poems. Receiving that gift reminded me that I had never seen my dreams of publishing a book come true.

On January 12th of this year, I sat out to write a short novel. My goal was to have it published by the end of the year. Six months later, I had a completed first draft. As I write this, the book has been edited, my husband has graciously built my author website, my talented artist friend has provided me with a superb illustration for the book cover, and I’m awaiting the arrival of my paperback proof copy. Excited doesn’t begin to describe the joy and sense of accomplishment I’m experiencing.

I have many people to thank for playing a role in this journey, including my sister-in-law for that random birthday gift. Soon, I’ll give birth to “Monster Girl”, my first novel, and it will open my eyes to the world of literature in a whole new way.